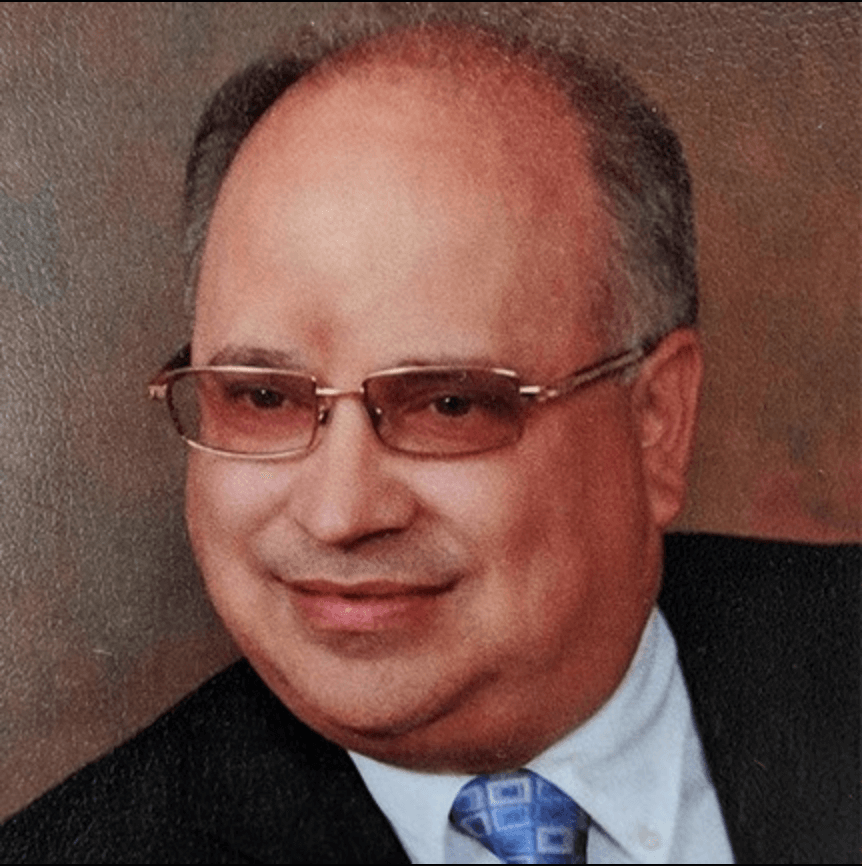 The Law Office of Stephen Gassner

Located in Upland, we represent clients whose cases arise in the Family Law in the Superior Courts of San Bernardino, Barstow, Riverside, and Pomona. We can appear remotely in any California family court.

A professional student at heart, Mr. Gassner continues to invest in attending advanced seminars and constantly reads and applies the law, often recognizing legal issues before opposing attorneys recognize them.

Growing up in the Gassner family meant learning Family Law from the gurus. With 27+ years of experience as a licensed attorney, Mr. Gassner has seen and managed practically every kind of family law matter that arises. If you think you have a complicated family law issue, then Mr. Gassner can most likely simplify it. He handles business valuation, management and control of property and debt during a divorce, domestic violence, child support, spousal support, child custody, joint child custody sharing arrangements, mediation, cross-jurisdictional matters, all other aspects of California Family child custody to enforcement (and defense) of child and spousal support. Mr. Gassner is well-versed and experienced in complex family law matters. He also handles simple matters efficiently. Mr. Gassner has the immediate encyclopedic knowledge and ability to provide specific answer questions about practically all substantive, procedural, and practical issues in California Family Law.

The Law Office of Stephen Gassner offers legal services on Divorce, Paternity, Child Support, Spousal Support, Property Division (including the complex division of business property), and International matters. The firm was founded in 2012 as a spin-off of Gassner & Gassner.

The Law Office of Stephen Gassner is  one of the most sought-after Family Law Firms in the Upland and surrounding areas because he has brought the business up to date in terms of technology and employed professionals with extensive experience preparing cases for hearings and trials.

Mr. Gassner is qualified by the California State Bar Board of Legal Specialization as a Certified Family Law Specialist. In addition, he is a member of the Association of Certified Family Law Specialists and the Family Law Section of the California Lawyers Association. Mr. Gassner continues to invest in advanced seminars and continually reads and applies the law, frequently identifying legal concerns before opposing attorneys do. 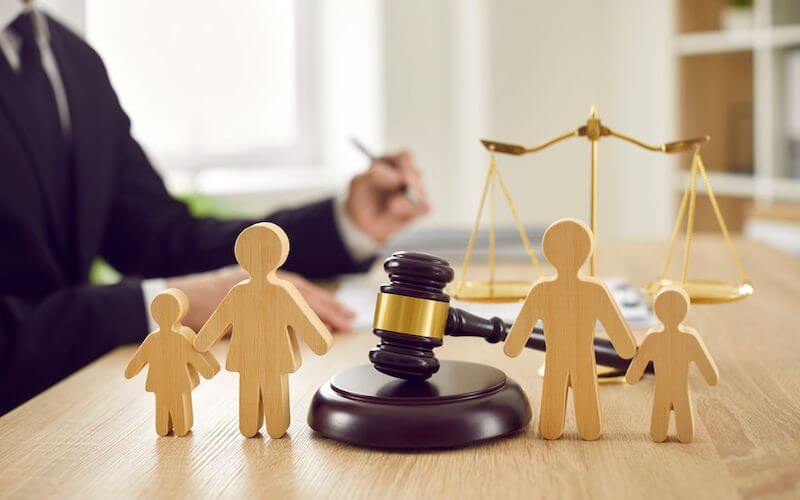 We work with complex cases and simple cases too.

Strategy is everything. When hiring a Family Law Attorney, look for a firm that protects your assets, income, and the REAL best interests of your children.

When selecting an attorney, find one who carefully listens to, and understands your perspective; advises you on the psychology of the divorce process, and also opens your eyes to other important legal and logical perspectives. We can do this!

In case you are worried about the cost of hiring professionals, consider the expense of cleaning up a mistake after hiring amateurs. A specialist may be expensive but the results can be priceless.

There was one attorney who said his clients always got to live in the family residence during the divorce. There was another who said his clients were all housekeepers. They would marry a wealthy spouse, get divorced, divide the community property, and keep the house. (The business would go to the other spouse; it was amazing how the value of one would equal the other — though, to be clear, that is certainly not the law).

But, realistically, there are problems that must be solved. When two cohabitants lose respect for one another, it can be impossible to continue to live under the same roof. When there is a relatively fixed amount of income which used to pay for one residence — but now it must be used to pay for two residence, there might not be enough money to go around. Typically we try to address all that with child support and/or spousal support, but sometimes even that is unworkable.

It does not matter whether you have a beautiful house or a ghetto house. You get the same legal issues no matter where you put the decimal point in your annual income statement.

You will hear attorneys say that the residence cannot be sold until the end of the case. That can be true in many cases, but not always.

What to do when a party refuses to provide a copy of evidence they submitted to the court?

Generally, courts have great discretion when deciding what information to accept into evidence. Evidentiary rulings will not be reversed unless they are found to have created an injustice. Due process requires that both sides get to take notice of the evidence, except for impeachment evidence.

Can I lose custody of my child if I’m dating a felon with a recent DV case? My child is never around the person.

Can I be held in contempt or punished as a caregiver?

On the one hand, you possibly might have appealed the order when it was made - as you might not have been given sufficient notice and opportunity to be heard when the order was made. On the other, you have to figure out what your responsibilities are after the appellate period has lapsed. It is entirely plausible that an astute attorney, in the hypothetical contempt case against you, could argue that the underlying order was not valid. Plausible, but not necessarily so. Rules of Court 5.18 allows a court in a family law action to make injunctive orders (compelling conduct or prohibiting conduct) against non-parties who are "fiduciaries." So? Could they prove whether you are (or were) your boyfriend's fiduciary?

I am mildly curious where your boyfriend's money comes from (not that I want you to tell me - I don't), but it is entirely possible that contempt is not your opponent's best remedy.

The question is not so much whether you could be CONVICTED OF CONTEMPT, as much as just how miserable the ex could make you if you do not cooperate. If you have any inclination not to write the checks, then I suggest hiring a family law attorney or a criminal law attorney first. You might also want to speak with a judgment collection lawyer. All three disciplines approach your question from different angles.

Is my ex legally allowed to remove or take away cell phones I have provided for communication and safety purposes?

If his conduct is not barred by a current order, then the police won't prevent him from engaging in it. You seem to have grounds to go back to court though. You can ask for an order that specifically designates when the children may communicate with you, and that they not be monitored when communicating with you. You can certainly designate who gets the cell phones and when, but simply limiting the specific conditions won't do. There are some people who will find an unwritten rule to violate, no matter how many rules the court imposes. When you go to court, there are TWO people whom you have to convince. Both the Judge, *and* your children's father. Both. Some way, somehow, you have to convince him to operate in the children's best interests and to establish reasonable consequences if he violates. You probably do need to speak with a lawyer who is skilled at finding creative answers to these sorts of problems.

What happens if petitioner’s request to enter default was filed same day as respondent’s response for a divorce?

But if the clerk does return the RESPONSE unfiled, then you may file a Motion to Set Aside the Default, citing CCP 473. Attach a copy of the proposed RESPONSE to your motion and file it. You can explain in the supporting declaration that you attempted to file the RESPONSE on the same day that the Request to Enter Default was filed. The law places a strong preference on the court to hear the case on the merits. You ought to win a motion to set aside the judgment and file your response under these circumstances.

My boyfriend was bailable then he went to court now he isn't bailable it says detain only and no release date why?

This frequently happens when the DA requests that no bail be set. One might look to the allegations made or the behavior of the defendant after being apprehended. Maybe he hasn't had his arraignment yet? These are all legitimate questions. It seems likely that if somebody thought about the case and denied bail, then the court might not release him until after it has issued a criminal protective order that prohibits him from communicating with you. Somebody might think you are vulnerable.

Can a wife evict her husband even if he not on the lease?

Nope. If you are married, then the leasehold estate is owned by the community estate. You may ask the family court for an order granting you exclusive use and possession of the family residence. Depending upon the circumstances, such a motion (actually called a Request for Orders) may or may not be granted. You can also request an order that he pay half the rent and utility expenses. But if you earn more money than he does, then you might get a motion back at you for spousal support. At the end of the divorce, you may ask the court for an order that he reimburse you for half the amount of the rent that you paid on his behalf. Whether to grant that request lies in the sole and exclusive discretion of the court.

In my own humble opinion, a determination of disability by one court or agency does not prevent another jurisdiction from reviewing new and different evidence related to the same issue. Obviously, an ex-spouse could have information (e.g. investigative evidence of behavior inconsistent with the disability) that the prior jurisdiction had not considered when the determination of disability had been made. Another example is where prior disability has been negated by a new treatment made available to you.

What to do wife doesn't pay her share of the bills and she trying to force me to move and I'm the only one paying all the bills.

Most people lose based upon THAT argument. Your request for order would be for exclusive use and possession of the family residence. The only problem with that, is that in response you'll probably get a request for order for spousal support. You might talk with an attorney to evaluate both issues. For exclusive possession of the family residence, the issue is "emotional abuse." I don't think it is emotional abuse to not pay the bills. On the other hand, you might get a reimbursement at the end of the case for half of the bills you paid -- though courts view such reimbursements as "discretionary." Yours can be quite a quandary, and there are many issues to be considered beyond the narrow scope of your question. It's best to see a family law attorney pronto before the problem gets even worse. (in my humble opinion).

How can I get more time with my son?

The legal standard for modifying a permanent child custody order is a “material change of circumstances.” You describe such a change because you finished your classes and developed a greater relationship with your child.

The challenge will be getting the court to rely upon your version of the facts. With a manipulative personality opposing you, there has got to be a different version coming back at you. The judge is going to have to decide who to believe.

It is crucial to get an attorney who knows how to work with the facts to give your judge a clear picture of the truthful facts. Your facts look quite beneficial to you. But what if the judge doesn’t believe them?